In this article, we will look at some tried and proven ways to lose belly fat.

If you’ve been dieting and exercising, but your stomach is still flabby and bulging, you are probably pondering the best ways to lose belly fat.

Along with looking unsightly, excess belly fat can create serious health problems.  This type of fat is different from the fat that accumulates on our butts and thighs.

So while your motive may be solely cosmetic, by losing belly fat, you can potentially safeguard your future health.

Unfortunately, there isn’t a magic diet or exercise to lose belly fat.  However, with effort and perseverance, you can have the flat abs or six pack most of us desire.

What are Some Effective Ways to Lose Belly Fat?

As you probably already know, the best ways to lose belly fat involve a combination of healthy eating and

regular exercise.  One without the other won’t work nearly as well.

Following a nutrient-rich, calorie-controlled diet and exercising aerobically for between 30 to 60 minutes at least four or five times a week is one of the best ways to lose belly fat, as well as lose weight all over.  By including foods that reduce belly fat in your diet, you can be in bikini shape, faster.

Two types of foods that reduce belly fat are whole grains and foods containing monounsaturated fats.  We will look at both, below.

One of the best foods to reduce belly fat is actually a group of foods that fall under the category of whole grains.  A recent study documented in the American Journal of Clinical Nutrition showed that participants who followed a low-calorie diet that included whole grains lost stomach fat more readily.

Test participants consumed whole grains plus three servings of low-fat dairy, five servings of fruit and vegetables, and two servings of fish, poultry, or lean meat a day.  This group lost more fat from their waist and belly than those who followed the diet and ate refined grain products.

The reason for the disparity is that refined products such as white bread, rice, and pasta (along with sugar-laden foods), create a quick increase in blood sugar.  This is followed by a rise in insulin that can result in fat accumulating in the mid-section.

By consuming extra whole grains, insulin levels remain more stable.  Stable insulin levels help maintain blood glucose levels, reducing the tendency for fat to accumulate.  Another factor involved is that most whole grains have a high fiber content.  Fiber keeps us feeling satisfied for longer, so we usually eat less when consuming it.

A popular weight loss diet with a strong focus on MUFAs is the Flat Belly Diet.  Created by Cynthia Sass, MPH, RD, and Liz Vaccariello, this duo has impressive credentials.  Sass is a weight loss expert of more than 15 years standing and former nutrition editor of the top-selling healthy eating and lifestyle magazine, Prevention.  Vaccariello is a celebrity nutrition expert and current Senior Vice-President and editor-in-chief of Prevention magazine.

According to these two weight loss experts, by following the Flat Belly Diet, we can quickly lose weight while eating four tasty and satisfying meals a day, containing MUFAs.

Typical results include losing a number of inches of body fat in as little as four days, and a weight loss of as much as 15 pounds in the first month.  Sass and Vaccariello say that during this time you won’t feel hungry and you will have energy to burn.

While these claims sound too good to be true, a quick Google search reveals hundreds of positive reviews from people who have bought the Flat Belly Diet Book and successfully undertaken the diet.

A Swedish study carried out in 2014 backs this.  Two control groups consumed an extra 750 calories a day in the form of oils, for seven weeks.  The group who ingested palm oil (saturated), gained visceral fat.  The others, who consumed sunflower oil (polyunsaturated), reduced their body fat and increased their muscle mass.

There is no one exercise, let alone multiple or specific exercises, to lose belly fat.

Regularly doing Crunches, Sit-Ups, and other ab exercises will burn extra calories.  This increase in calorie burn will help you on your quest for a flatter belly.  If, however, your goal is well-defined abs, you will also need to lose the cover of fat on your stomach.  Only then will you get the flat and sexy midsection of your dreams.

It’s common knowledge that cardio exercise is great for burning calories and ultimately reducing visceral fat.  Anything that gets your heart rate up will work, be it brisk swimming, cycling, running, walking, or jogging.  In fact, a 2014 Duke University study showed that jogging 12 miles a week will help you lose belly fat.

Following, are some other ways to lose belly fat.

Some people advocate Apple Cider Vinegar as one of the best ways to lose belly fat.  A 2009 study in Japan adds credence to this, with overweight people who consumed 1 to 2 tablespoons of vinegar daily for eight weeks losing belly fat without making any other dietary changes.

Exercisers who regularly consume catechins, the antioxidants found in green tea, are more likely to lose belly fat.  One study found the optimal amount to be 625 mg, which is 2 to 3 x 8-ounce cups of green tea per day.

A 2012 study involving postmenopausal women who did yoga for 16 weeks found that they lost significant visceral fat.  This was thought to be due to the relaxing effect of yoga combined with deep breathing lowering the women’s cortisol levels.

Numerous studies have found that people who don’t get a good night’s sleep tend to gain belly fat.

A 2010 Wake Forest University study concluded that people who regularly slept 5 hours or less a night gained belly fat.  To lose that belly, aim for 8 hours of sleep per night.

Retiring for the night and getting up at the same time each morning can help lower body fat levels, too.  According to a 2014 study at Brigham Young University, irregular sleep patterns confuse our body’s internal clock.  This, in turn, results in an increase of fat-storing hormones, including cortisol.

As you can see, the best ways to lose belly fat involve some work and lifestyle changes.  Maybe not as many as you’d thought, though.

Small changes can make a big difference over time.  The sooner you start, the sooner you will be getting back into those jeans you thought you’d never be able to wear again, so don’t delay it any longer. 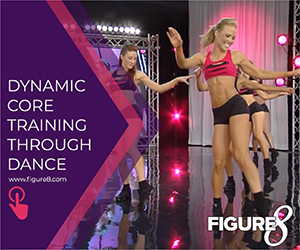